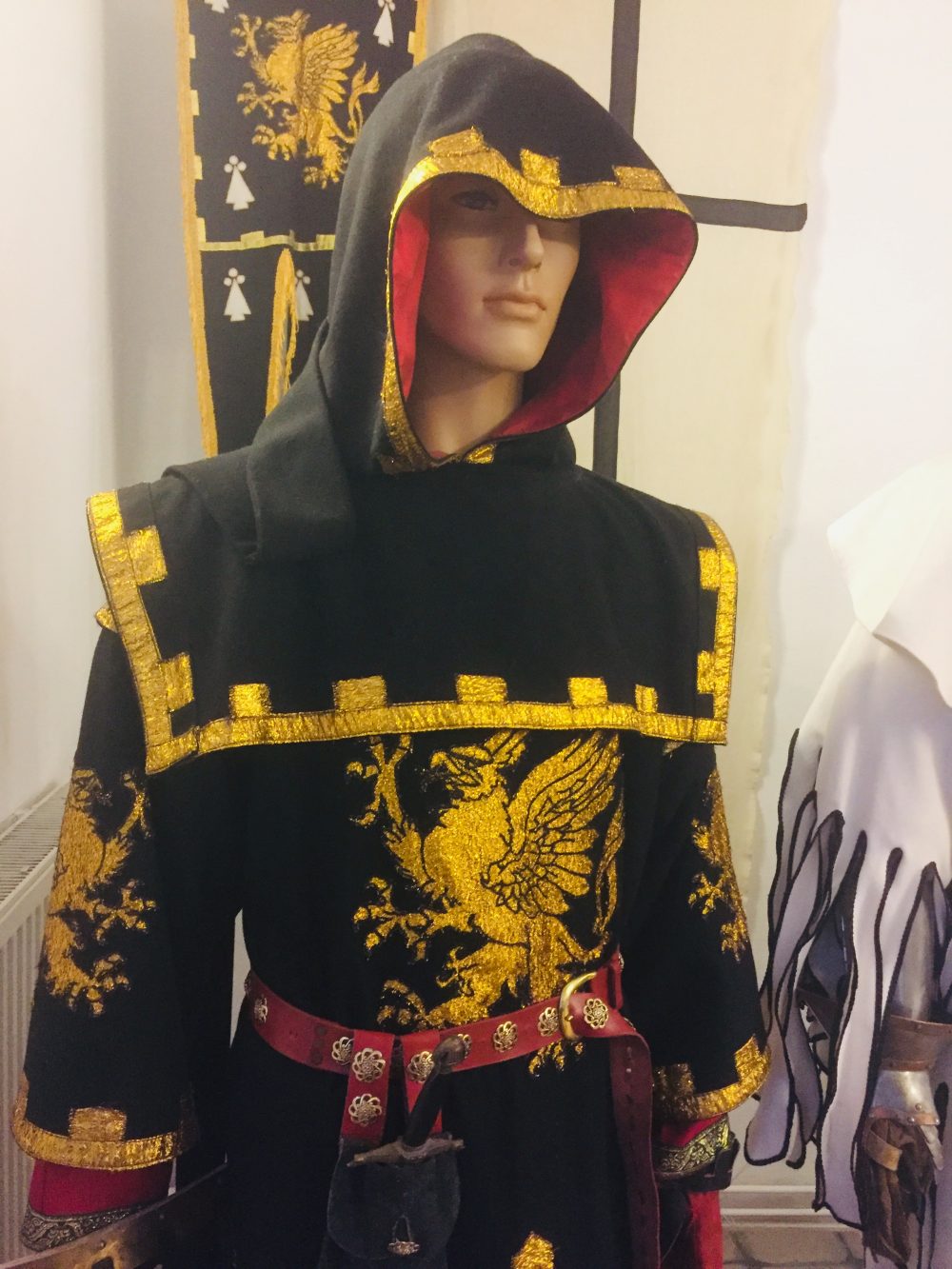 On 10 April, I was invited to the IP Quorum 2019 to speak about the new EU Copyright Directive and its implications for Open Access and Internet freedom on a panel on „European cultural policy and new approaches to the development of intellectual property“ convened by Ivan Zassoursky.

The conference took place in Svetlogorsk, a sea town 50 km to the north-west of Kaliningrad. Formerly known as Königsberg, now a Russian exclave between Poland and Lithuania on the Baltic Sea, the city is, of course, home of Immanuel Kant. So I took the opportunity to spend an extra day in Kalinigrad.

But first at Berlin Schönefeld Airport on 7 April, I was asked aboard a Belavia plane that was … kinda strange. I’ve seen the US weapons‘ industry advertise heavily at San Francisco airport, but this is something else. When inside, I saw that each tray table features a different tank, all with their historic specs, and an idea began to dawn. I have to admit my gaming knowhow is a bit rusty, but it was later confirmed that World of Tanks is indeed a massively popular massively multiplayer online game based on WW II tank battles. Having been developed by the studio Wargaming Minsk, Belarus obviously takes great pride in its global success. Lucky country that can pride itself in selling war games to the world rather than actual weapons of war.

Kaliningrad has many layers: contemporary, Soviet-old, a little Hanseatic medieval reconstructed-old, but most of all it has Kant all over: a Kant movie theater, a Kant theater, a Kant supermarket chain, a Kant beauty parlour, Kant souveniers everywhere and, of course, Kant island with his tomb and museum inside the dome.

The museum shows the development from the first Prussian settlements that looked like Wild West forts in the Wild East to the formation of the Royal Capital Königsberg on the river Pregel. It was part of the Kingdom of Prussia that stretched from Klaipėda in the East, today in Lithuania, to the Rheinland in the West. East-Prussia, Pomerania, Silesia – last time I heard these was on the other side of the planet in Brazil as the origins of emigrant communities who still speak German today.

The library in the dome is a reconstruction. They already had house music back then, hand-made. The free-masons played an important role. I was most impressed by the hoodies the knights of the Teutonic Order wore in the 12th century. Pretty cool, don’t you think?

On the way back, a soviet cosmonaut looks down at me from a wall painting, juxtaposed with a neon sign of the Matrix. This one offers a choice of red or blue … hair dye. It’s the official representative of the US hair styling brand. Back at my hotel another cognitive dissonance awaits me: Frozen to the bone by the icy Baltic winds, the sunny Italian interior of Villa Toscana and a hot lemon warm me.

Next day, 9 April, it’s back to the airport where I meet Nataliia, Vladimir and Angelina, and we’re transferred to Svetlogorsk, where we are greeted by another reproduction of Kant island on the sidewalk. Much of the coast was washed away by a storm in December and is being reconstructed. The massive conference centre where IP Quorum will start tomorrow was unaffected. Ivan arrived in the evening and we talked strategies over dinner.

IP Quorum is a showcase for the IPChain Association that builds a blockchain-based copyright registration infrastructure. It was established in 2017 under the auspices of the Skolkovo Foundation, a pet project of Russian Prime Minister and former President (2008-2012) Dmitry Medvedev that receives public funding of about 1 Mio US$ per year. The foundation gathered authors‘ and rightsholders‘ associations and collective management organisations behind the blockchain registry, including the three Russian CMOs VOIS (Russian Association for Intellectual Property), RAO (Russian Authors‘ Society) and RUR (Russian Union of Right Holders), the Higher School of Economics, St. Petersburg National Research University of Information Technologies, Mechanics and Optics, the Partnership for the Protection and Management of Rights in the Sphere of Art (UPRAVIS) and Novy Vek Bank. The IPChain Association is headed by Andrey Krichevsky, chairman of VOIS.

The promise IP Chain (IP Chain RU | IP Chain global) holds is that when we register rights in the blockchain and make them more easily tradable, „we’ll get a big market, a blue ocean with a massive potential for commercialization.“ (IP Quorum 21.03.2019). That’s an odd metaphor. I wouldn’t think of the blue ocean as a market. Maybe as a traffic route for trade. Maybe as a source of vast natural ressources. And even that seemingly inexhaustible source we have managed to exhaust, bringing many species to the point of extinction, and many others beyond that point. We have learned to think of the blue ocean as a whirlpool of plastic waste. I wonder if this fragility and the need to care about our oceans is reflected in the IP Chain’s framing.

Our panel from 18 – 19:00 included Ekatarina Chukovskaya (sitting next to Ivan Zassoursky), Vice-President of the Russian Federal Service for Intellectual Property, Science and Innovation, who had conducted a comparative study on copyright law systems, including in Arabian and BRICS countries, and Vladimir Kharitonov (sitting to my left), the CEO of the Webpublishers Association (translated panel photos by Ivan).

Afterwards over drinks with my copyfighter friends, my battle call to our grand endeavour of remaking global copyright from the BRICS countries was: Yes, we Kant!

Unfortunately, I had to fly to Hamburg very early on 11 April. So I missed the promising talk „AI will revive holographic Kant“ by Polyakov Aleksey, director of the Laboratory of Visualization Technology Immanuel Kant Baltic Federal University.

After my return to Berlin, I read up on a link Ivan had sent me for the trip: Vadim Chaly, Философский путеводитель по Калининграду (A philosophical guide to Kaliningrad). It tells of the uneasy relationship contemporary Kaliningraders have with the city’s German past. Many still call it „Königs“, and when last winter, the website Great Names of Russia asked for new names for Russian airports, Immanuel Kant was the favourite for Kalinigrad’s airport, ahead of the Empress Elizabeth Petrovna. Yet the situation escalated and local and national media reported about the crisis of regional identity and the „creeping Germanization“ of the collective consciousness of the Kaliningrad people. At the height of the social conflict, just before the end of the vote, unknown people painted a statue of the philosopher in the courtyard of the Baltic Federal University in Kaliningrad pink. Leaflets scattered around the monument accused Kant of betraying the Russian land and urged the citizens to tear off the plates with his name. Mh, so maybe more realistically it should read „No, we Kan’t“. Things are rarely what they seem.