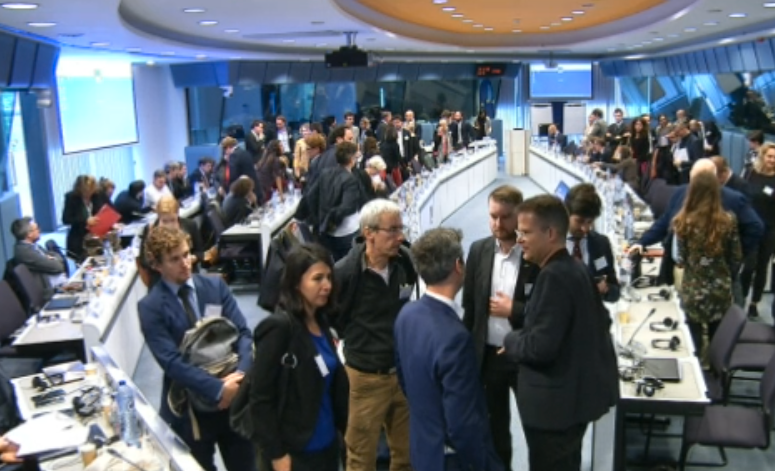 On 15 October, the European Commission and the EU member states started the “Stakeholder dialogue under Article 17 of the Directive on Copyright in the Digital Single Market” in Brussels. The meeting was live-streamed and the recording is available here amd embedded below.

Article 17 – the new liability regime for „online content-sharing service providers“ – is the most controversial article in the Directive on copyright and related rights in the Digital Single Market that was passed in April 2019. It’s the one about upload filters.

In Article 17, formerly known as Article 13, there is a passage that says that the Commission and Member States shall organize „stakeholder dialogues to discuss best practices for cooperation between online content-sharing service providers and rightholders“ (Art. 17(10)). Which in itself is odd, given that over the course of the two and a half years of making this law there should have been ample opportunity to discuss and figure out what is going on. To set out a law and in it require stakeholder dialogues to find out what it might mean in practice and what problems do occur, seems to me as a legally interested citizen like putting the cart before the horse.

80 stakeholders were selected to participate, including sharing platforms like Google Youtube, Facebook, Twitter, Twitch and Tiktok, start-ups, trade associations from the music, games and broadcasting industry, collecting societies, libraries and cultural heritage institutions and civil society. The latter included Communia, Wikimedia, EDRi, and as one of its members Digitale Gesellschaft, BEUC, Save the Internet and Civil Liberties Union for Europe.

The meeting was chaired by Giuseppe Abbamonte, director of media policy, Digital Single Market, and it was opened with a short introduction by Mariya Gabriel, Commissioner for the Digital Single Market. Both reminded us that the Directive is in force, so we should not try to reopen or interpret it. The dialogue is to be an information gathering exercise about current practices of cooperation between rightsholders and sharing platforms and about users’ experiences with these practices.

Paul Keller, Communia, in Article 17 Stakeholder Dialogue: We’ll Continue to Advocate for Safeguarding User Rights suggests five measures to minimize the harm caused by upload filters. These include making licensing as easy as possible and making removal requests via a centralised public database.

We can expect the dialogue to span 5-6 meetings into next year, after which the Commission is supposed to “issue guidance on the application of Article 17”. The next meeting is set for 5 November 2019 and planned to address audiovisual, sports, visual and print content.

The primary purpose of this exercise seems to be, to let everyone have their say. It is less clear how serious the Commission takes what it is hearing. Abbamonte closed the meeting two hours ahead of schedule. It was his birthday. Happy birthday Giuseppe!